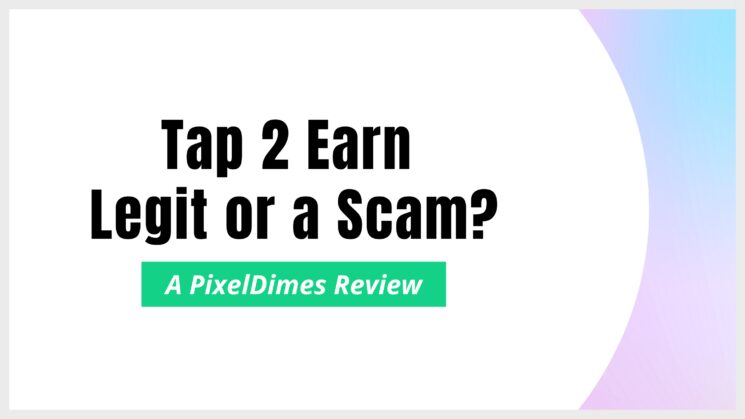 Today we will investigate how Tap 2 Earn website works, how users work on the site, the pros and cons of the site, how users earn from the site, and most important of all, the legitimacy of the site.

So let’s get started:

First of all let us learn, what is Tap 2 Earn website.

Tap 2 Earn is a website that lets its users or workers earn $500 per day by just referring to the website or by being its affiliate. The site encourages users to add as many referrals as possible in return for the cash. They recognize themselves as No 1 influencers and their reward of $500 per day is probably the highest reward ever granted by the websites.

Tap2earn.co is no longer accessible. The website has been either deleted or moved to another domain. Probably, The company is out of business which raises a huge red flag.

Tap 2 Earn is a website claimed to be in operations for 10 years. It was formed by David O’ Brien and Henry Chaplin. It has claimed that it had paid more than 65 million to its almost 450,000 referees and affiliates. But claiming such big words is really farfetched from reality.

How does Tap 2 Earn work?

Tap 2 Earn is a website that is easy to join and provides micro tasks like downloading apps, completing surveys, playing games, etc. After joining the site the users are provided with a bonus of $25 and for each task completed the site says it provides up to $30 in reward.

But the most beneficial reward that Tap 2 Earn provides is its referral rewards. For every referral, the workers will earn up to $10.

How can Users Earn in Tap 2 Earn?

As mentioned earlier, Users can earn for completing microtasks and each task can reward users up to $30. The users will gain $25 from the login bonus and get $10 from every referral and affiliate link. Since affiliate and referrals are considerably more in terms of earning the workers are encouraged to use referral as frequently as possible.

To check the legitimacy of any website or apps we must check for any red flags, So let’s check if the site has any red flags to determine if it is legit or a scam.

Hence from the above detection of the red flags, we can conclude that the website is really fishy and suspicious and can be regarded as a scam.

A large number of red flags confirms that the site Tap 2 Earn is nothing more than a scam. There is not any company that can pay $500 per day just for surveys, microtasks, and affiliate marketing. So we always recommend the users who are in desperate need of the work to clearly do research on the site before joining them or even spending money. Save your valuable time and earnings and beware of such fraud scam sites.

Before going, have a look at the review of the User Testing site and find out if you can earn real money or it is just another scam like the above website.