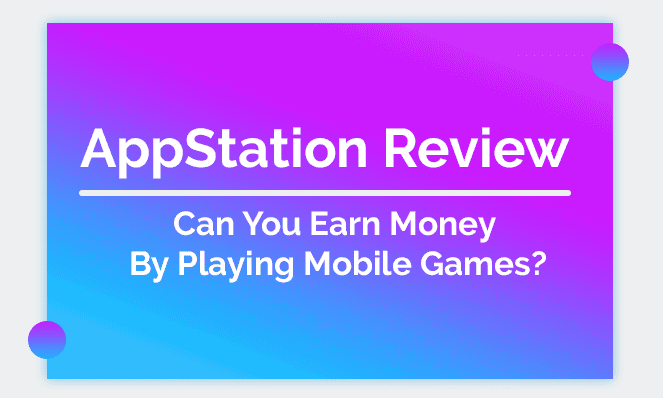 Welcome to my honest AppStation Review.

In this review, I will be covering everything you want to know about this app.

But the real question is:

Can you make money by playing games on AppStation?

AppStation is a reward app that pays its users for installing and playing games. This app is available for android users on Google Playstore.

As claimed by the app, users can make money by playing games using the app.

All you have to do is visit the Playstore and search for “AppStation” to download it.

Then you have to create an account and start downloading the available games on the platform.

You will need an internet connection to download and play games.

Furthermore, you will also have to allow AppStation to monitor data usage which helps the app to monitor how much time you spend on the games.

And you will get paid for the time spent on the games you downloaded from the AppStation.

How Much Money Can You Make Using AppStation?

As I have already mentioned, You will get paid for the time spent playing games.

So the more you download and play games available on the AppStation platform, you will earn more money.

You will be earning a virtual coin which equals $0.0001 in real money.

You can expect to earn up to 500 coins per minute by playing games.

This means you will be earning $0.05 per minute and that also depends upon the game you are playing.

AppStation provides more games to people living in certain locations like the USA, the United Kingdom and so on.

So, Your earnings will also depend upon the location you are living in.

Here are some pros of the AppStation:

Here are some cons of AppStation:

You can get paid on Paypal, once you reach $5. But according to some users, there may be some delays in the payment.

But the good thing is you will get paid from this app.